At the moment many of us are getting a poor deal with our current accounts with derisory or zero interest on current account balances and extortionate overdraft rates commonplace.

In recent times banks have slashed the level of interest they pay to current account customers, with over half of such accounts paying no interest at all. According to financial analyst Moneyfacts, around 55% of current accounts on the market pay nothing to people who are in credit, while a further 28% pay a rate of just 0.1% or less*.

Overdraft rates crept up to an average of 19.9% in November 2010, the highest level since the Bank of England began keeping records in 1995.

However many high street banks and building societies are stepping up the fight to persuade customers to switch current accounts, offering cash incentives, lower overdraft rates and higher interest rates on credit balances. Some of the best bank accounts offer as much as 5% for an introductory period in interest for current account balances and charge reduced rates, sometimes 0%, for an introductory period on overdrafts.

It's easy to switch current accounts
Switching bank account is substantially easier than it used to be. Banks should now automatically transfer standing orders and direct debits for you.

Research by consumer association Which? found that 95% of those who had switched current accounts found it straightforward.

Despite the relative ease of switching, a poll commissioned by consumer watchdog Consumer Focus suggests about three-quarters of current account customers have never considered changing accounts. The main reason for the apathy is because of the hassle many believe will be involved in doing so.

If you are one of the many people who have been upset by high charges or poor levels of customer service, it's never been easier to switch deals.

There is a great deal of choice available and the best way of narrowing down the field is to think about your own needs before you start searching. For example, if your current account slips into the red every month, a cheap overdraft will help you more than good interest rates on balances. 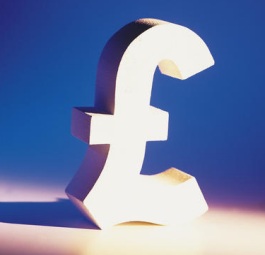