Every day we waste millions of pounds using expensive credit cards to borrow an increasingly large amount of money. UK credit card companies as a whole are making millions of pounds by charging cardholders high rates of interest and by not passing on reductions in the Bank of England base rates.

However, increasing competition in the UK  and new credit card issuers have created the opportunity to reduce the amount we pay with some low interest deals on offer.

Consumer Association Which? worked out that, if everyone who borrows money on a credit card switched to a credit card with a better rate of interest, collectively a staggering £2 billion a year in interest charges would be saved.

It's easy to switch to a better deal

Credit cards are the simplest of financial products to switch. In a Which? survey, 97% cent of people who had switched found it easy.

Many providers now offer 0% credit cards, these are incentives to attract new customers and mean you will benefit from a zero percent interest free introductory period on purchases and/or balance transfers.  If you have built up a debt on your current card, a credit card balance transfer could save you a lot of money in interest charges.

How to get the most out of your credit card

It has become more or less accepted that qualifying for any form of credit, be it an overdraft, a mortgage or a personal loan, is now a lot more difficult than it was before the start of the economic recession. The credit crunch has resulted in banks being more selective about who they give credit to, and not even our little plastic pals have been spared.

According to Moneyfacts, 3.24 million people were turned down for a credit card in the six months to April 2008. Those desperately seeking plastic power may not be doing themselves any favours by making mass applications either - this really isn't the best way of combating the problem of getting a card. Each time you apply for a credit card and get rejected, it leaves a mark on your credit report. If your credit report is littered with rejections, you are even less likely to achieve the holy grail, as this is what banks take into account when assessing whether to give you a card or not.

Michelle Slade, spokesperson for Moneyfacts, says: "Anyone with a perfect credit history should have no problems getting the best deals on the market, but since the credit crunch lenders have tightened their criteria and even those with a minor blip on their credit record may struggle to get the best deals. For those that are accepted, they are likely to find that they receive a much lower credit limit than they would previously have received."

A matter of interest

So, if you have recently qualified for a credit card or are on the hunt for a new one, how do you go about getting the most out of it? Starting with the interest rate, it makes sense to go for as low a rate as possible.

Credit cards offering 0% on balance transfers allow you to carry over the balance of an old credit card to a new one, without being charged any interest for doing so. Beware though, you could still be charged a fee, which could be two per cent or more of the transferred balance. Many cards also offer zero per cent on new purchases, which means that interest is not charged on purchases you make with your card. But this doesn't mean that you can rack up debt each month and simply forget about it - you still have to make the minimum monthly repayment.

The 0% section of the market hasn't changed much as a result of the credit crunch, as there are still plenty of these deals available, according to Steve Willey, head of credit cards at price comparison site Moneysupermarket. "Lenders are fighting harder for those elite customers with good credit histories, and offering 0% deals is a way of getting them in," he explains.

Natalie Eyles, spokesperson for Abbey, says: "People should think about how they plan to use their card so they can make the best of the various features on offer. If they want to use it to transfer and pay down debt, then a competitive interest-free balance transfer period is a must. Some cards also don't charge a fee for balance transfers - whereas usually providers charge around three per cent. Alternatively, for people who want to use their cards predominantly for shopping, then a card that offers a good interest-free period on purchases is key."

Taking your credit card abroad can cost you if you're not careful about how you use it. Some credit card providers charge up to 2.99 per cent for using your card in a foreign country. If you take cash out of an ATM - which isn't recommended even when using your card at home, as you are guaranteed to be charged a higher rate of interest than normal - the foreign usage charge is added onto your existing interest rate, so you should be particularly mindful of relying on your card for cash withdrawals.

Using your card for purchases will also rack up a foreign usage charge, so it might be worth sussing out a card that allows use abroad for free, such as those from Nationwide, Abbey and the Post Office.

Jensen says: "Some lenders apply up to three per cent foreign loading charges and charge you for every transaction you make. Another danger to look out for is paying for things in your own currency. Sometimes, foreign merchants may ask you if you want to pay in local currency or your own. If you have a card that doesn't charge you for foreign usage, make sure you pay in the local currency, because foreign merchants can decide how much interest to charge you."

Am I up to scratch?

Credit cards can be a cheap way to borrow money, but only if used correctly, that is, if you pay off your balance in full each month as often as possible and keep things like withdrawing cash and foreign usage to a minimum. "So long as a credit card isn't used to finance your life, then it can be used to effectively borrow money cheaply and efficiently," claims Barclaycard's Bond.

But how do you gauge if your application will be successful or not - given that it's not advisable to apply to a wealth of lenders? "We look at your income and your previous credit record. If an applicant has had credit in the past, have they handled it responsibly? We also look at how financially extended people are elsewhere in life," says Bond.

If you're unhappy with your current deal, make sure you are confident about your credit status before applying for another card - keeping your credit record as clean as possible can only benefit you in the long run.

Some people only use their credit card in the week running up to pay day, while others are more heavily reliant on them on a day-to-day basis. But whatever your reason for having a credit card, you should try and use it to your advantage, which means not maximising your spending but being smart about how you use it, as well as how you pay it off.

When it comes to paying your credit card bill, the vast majority of credit card companies will allocate the money you pay in - assuming you don't pay off your entire bill at once - to the cheapest debt first, that is, those on the lowest interest rate. This means that the most expensive purchases are left until last, which earns the lender more money because these purchases accrue a higher rate of interest for longer.

Say, for example, that you transfer a balance of £2,000 to a new credit card that charges you 0% interest, if you make new purchases on the card, you won't be able to clear these until that £2,000 is paid off. It is the cheapest debt, so some card providers would use your repayments to clear it quickly, leaving the purchases you have made sitting on the card incurring a higher rate of interest.

Look for a card that imposes a positive order of payments, which means that your most expensive debts will be paid off first. 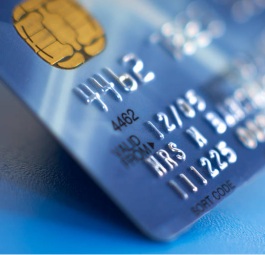